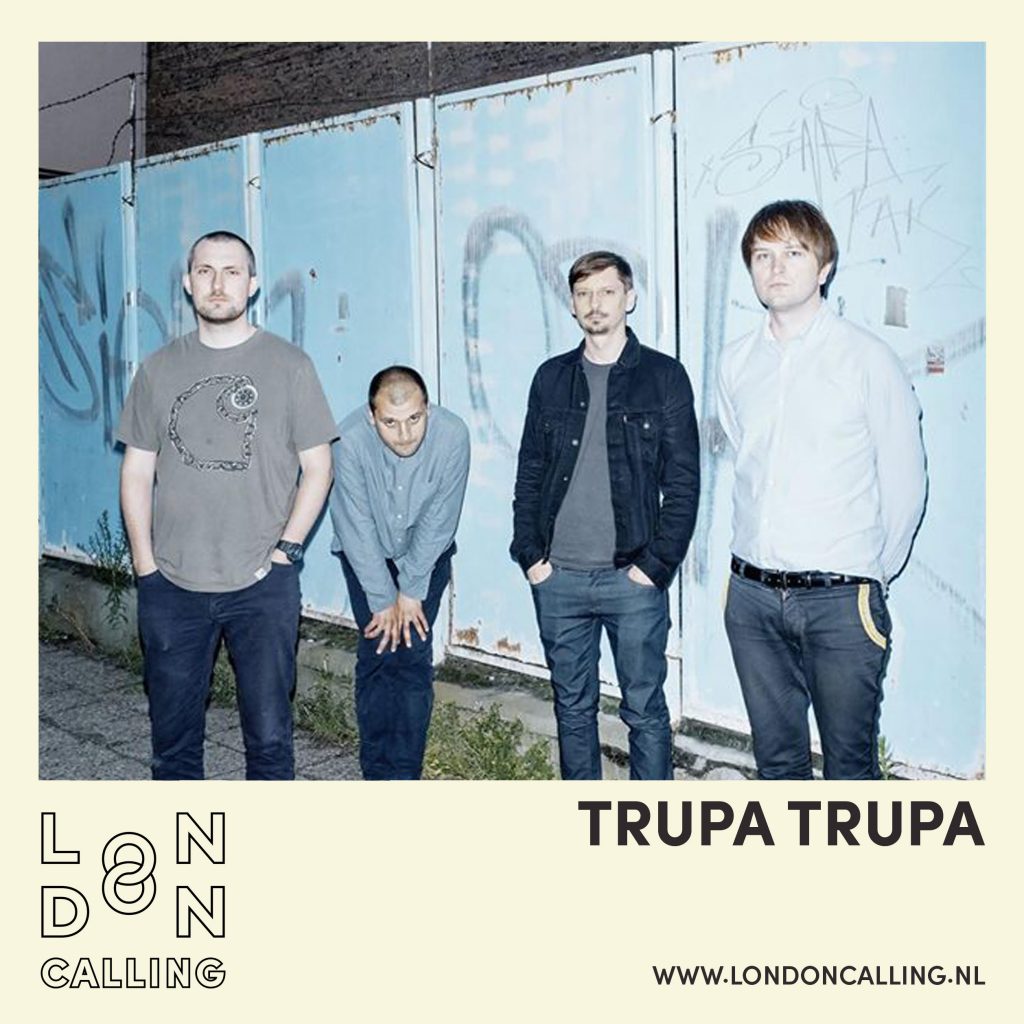 You can make a real link between black midi’s fierce invention and many of the Polish acts on the bill at OFF Festival – take Trupa Trupa, whose hypnotic post-punk uses CAN basslines as starting points to deliver a psychedelia far more interesting than many of their motorikby-number British counterparts. There’s a shamanistic but unfussy quality to frontman Kwiatkowski – how soon can we have them over in Britain? The closest thing to a Turkish Pet Shop Boys (and this is perhaps the highest compliment one could give), Trupa Trupa draw a huge audience for their gutteral synth-pop – you don’t have to understand their wry, well-observed lyrics to enjoy gorgeous offerings like Koca Bir Sacmalik neither. 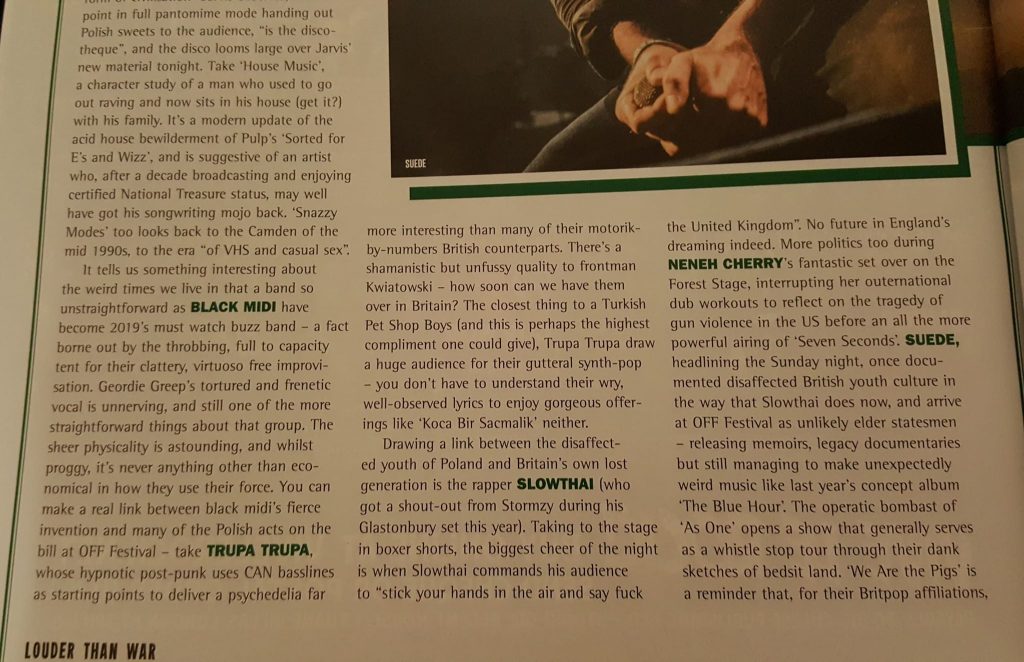 The Current / End Of The Line

Now, most of us are nostalgic about the pop music of our youth. It was better then. But essentially, love, the lack of it, the pursuit of it, and the obsession with it – that’s the stuff of most pop music. And probably always has been. Occasionally though, superstar-singers and bands address major political themes, or profound aspects of human lives. And that’s the case of the Polish band – Trupa Trupa, currently on tour in the UK. END_OF_DOCUMENT_TOKEN_TO_BE_REPLACED

Louder Than War – End Of The Line – single/video review

Poland’s Trupa Trupa keep up the momentum with today’s release of End Of The Line, the first single off the new EP I’ll Find.

The track which debuted on Gideon Coe’s show BBC6M is as short round which builds in intensity to a backdrop swirling guitars. It echoes the whimsy of Barrett era Floyd with a dark hypnotic wash. END_OF_DOCUMENT_TOKEN_TO_BE_REPLACED

End Of The Line 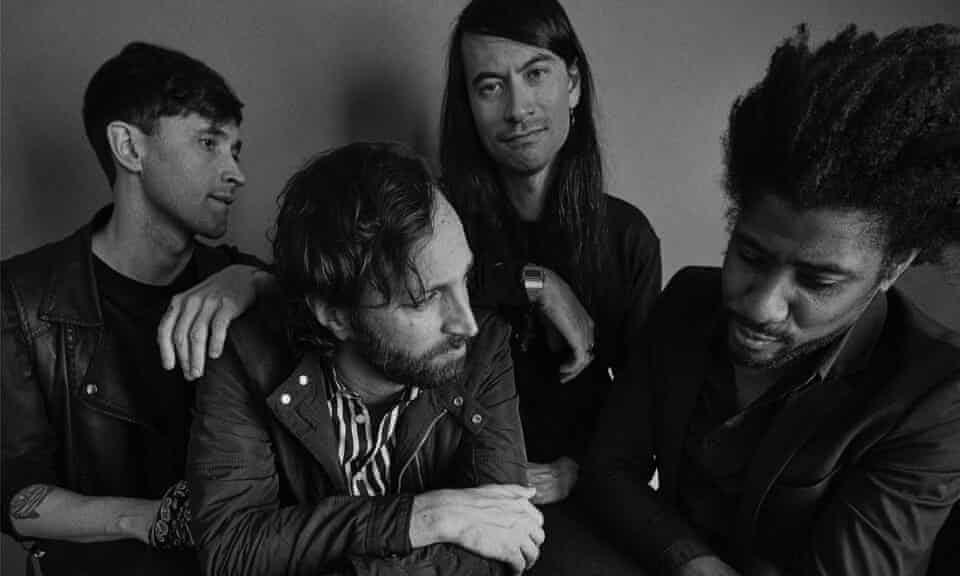 Words fail to describe Poland’s Trupa Trupa, just ask anyone who has witnessed them live! There are all sorts of rhythms, grooves and ideas packed into their walls of noise, even lush vocal harmonies. This is rock music, recognisable and unrecognisable at the same time. Sub Pop realised they are special and signed them up. Everyone needs to see this band.

„I know what you wanna hear now. Are you ready for music from the Polish Fugazi? It’s a handy formulation for a very seriously guitar rock with a sort of undertow of memory. Memory, cause everything going on is memory obviously, just about awareness, political awareness that is bound into the strings, how about that. […] Nice long fadeout for such a short track. „It did not take place”, but of course it did. I think it’s the point they’re making. Erasure, not the band, the issue of course – it’s big currently, can’t get away from it.”

Ben Thompson, one of Britain’s most respected cultural critics. He currently contributes to the Mojo and the Sunday Telegraph.