Recenzja Of The Sun – Pitchfork

„Channeling a wary mixture of dread and hope, the Polish indie rockers tighten the slackness of previous records into a potent fusion of post-hardcore and shoegaze. END_OF_DOCUMENT_TOKEN_TO_BE_REPLACED

Recenzja Of The Sun – KEXP

„Trupa Trupa are a fascinating band. They are a gregarious bunch, and any time spent with them involves a fair number of drinks and a raft of increasingly absurdist stories and jokes; all in the best Polish tradition. They are also a band that unlock many things in their listeners. This writer first wrote about their LP, ‘Headache’, back in 2015, wondering how the band’s music “trundled around the outer wall of your consciousness”. Singer Grzegorz Kwiatkowski once bayed out “we are a simple band, very simple” at Liverpool Sound City; something that is patently absurd in one sense (given their superbly crafted music), but maybe a statement that also masked other truths. Their music is certainly adept at opening up a number of intriguing psychic contradictions, or emotional opposites. After a number of chance meetings in a number of countries (Lithuania, Slovakia, England) we decided to take the plunge and drop the voluble Kwiatkowski a line. In true Trupa tradition, a set of initial, fairly simple questions became something much more complicated. END_OF_DOCUMENT_TOKEN_TO_BE_REPLACED

Recenzja Of The Sun – Clash Magazine

In the vague realm of ‚alternative music,’ it can be hard to make an original statement when your predecessors often fall under the banner of icons. This is notably true with guitar-led groups, whose every use of a delay pedal will cause discussions on anything from The Velvet Underground to Dinosaur Jr. It’s a messy and often backward-looking business, but poses an important question – how do you reinvent the guitar? END_OF_DOCUMENT_TOKEN_TO_BE_REPLACED

Bandcamp Daily / Album of the Day: Trupa Trupa, Of The Sun

„The reputation of the Gdansk, Poland-based band Trupa Trupa has been growing steadily over the last few years. The group, led by gregarious singer and guitarist Grzegorz Kwiatkowski, has gone from self-releasing albums at the start of the decade to signing to indie label Lovitt in the U.S. (Glitterbeat in the EU) as the ‘10s draw to a close. Of the Sun draws on wider strands of what could be broadly called “21st century post-rock”—big rhythms courtesy of drummer Tomasz Pawluczuk, a bleak sense of atmosphere that borders on goth, and Rafał Wojczal’s occasional keyboards to add extra heft. END_OF_DOCUMENT_TOKEN_TO_BE_REPLACED

„You may not think you need an album of abrasive psychedelic post-punk that deals with light fare like Holocaust denialism, but you do – check out Poland’s Trupa Trupa’s new one, Of the Sun, out today.”

Of The Sun pośród najlepszych właśnie wydanych albumów wg radia NPR w cyklu New Music Friday! „The band Trupa Trupa has an album out now called Of The Sun. And it is a great one!” stwierdza Robin Hilton.

Premiera Of The Sun

Dzisiaj premiera Of The Sun! 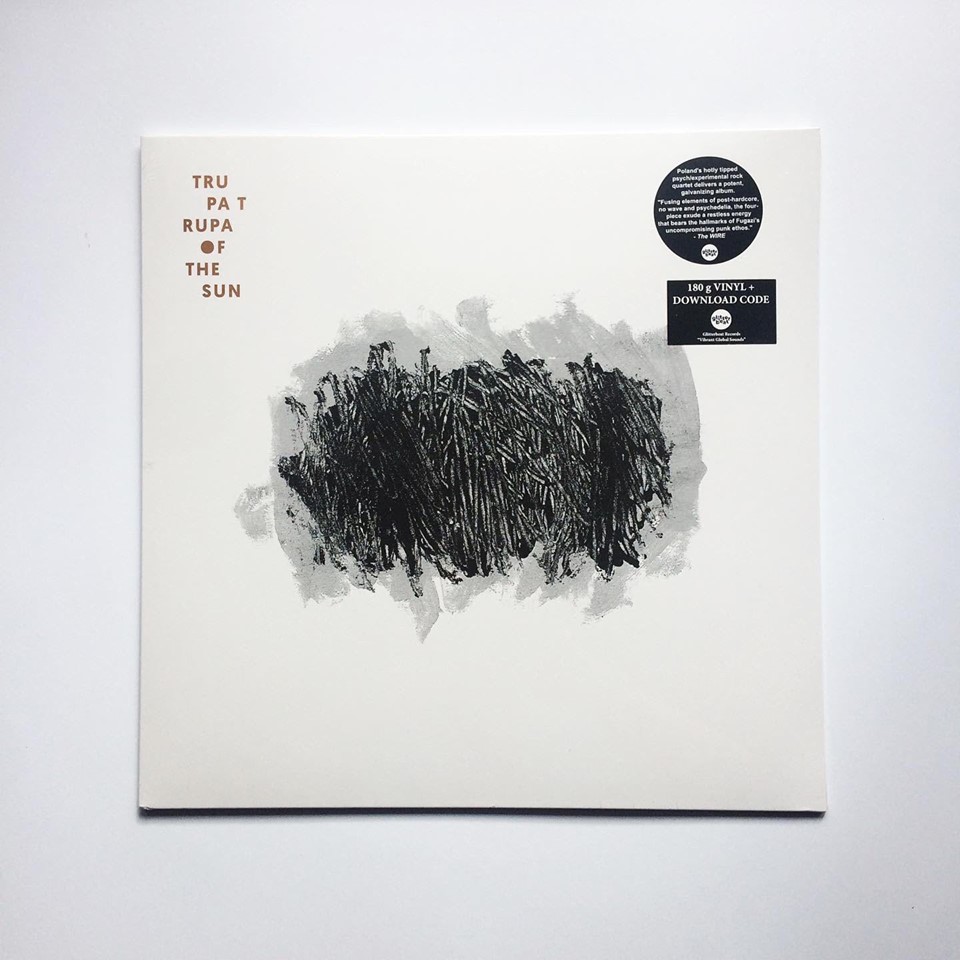 Recenzja Of The Sun – Paste Magazine

„Trupa Trupa Convert Historical Trauma into Post-Punk Catharsis on Of The Sun.

Rock songs about the Holocaust tend to center around graphic depictions of Jewish death and suffering, the favored artistic means through which to capture the magnitude of horror. Here, for instance, is Captain Beefheart snarling his way through “Dachau Blues”: “Danced and screaming and dying in the ovens / Cough and smoke and dying by the dozens.” Or consider Manic Street Preachers’ “The Intense Humming of Evil,” with its unsparing visions of malaria, misery, and “six million screaming souls.” END_OF_DOCUMENT_TOKEN_TO_BE_REPLACED

Recenzja Of The Sun – The Line of Best Fit

„Gdansk band Trupa Trupa continue to push the envelope on Of the Sun.

Of the Sun is Gdansk band Trupa Trupa’s third album to be widely released outside of Poland, following Headache in 2015 and Jolly New Songs in 2017. Each successive record has swapped a shade of intriguing idiosyncrasy for a sharpening of hook and method, and the resulting payoff is still on the increase. END_OF_DOCUMENT_TOKEN_TO_BE_REPLACED