Modern Poetry In Translation / The Best Of World Poetry

„The Polish poet Grzegorz Kwiatkowski admits to his poetic affinity with Edgar Lee Masters. Although he borrows his approaches from Spoon River Anthology, Kwiatkowski emphasizes the differences too: ‘I’m very interested in history. My grandfather was a prisoner in Stutthof, the Nazi concentration camp east of what used to be the Free City of Danzig. Later he was forced to become a Wehrmacht soldier.’ Kwiatkowski’s poems explore not only conflicted pasts of Central and South-Eastern Europe (for example, the Nazi T4 Euthanasia Program), but also the paradoxes of contemporary genocides, for instance in Rwanda. As the poet explains, ‘I’m intrigued by the combination of ethics and aesthetics in one person, one life, one story.’ His minimalist poems have been perceived as quasi-testimonies, ‘full of passion, terror and disgust’, provocative and lyrical utterances delivered by the killed and the dead. Ultimately, they become portrayals of Death.” 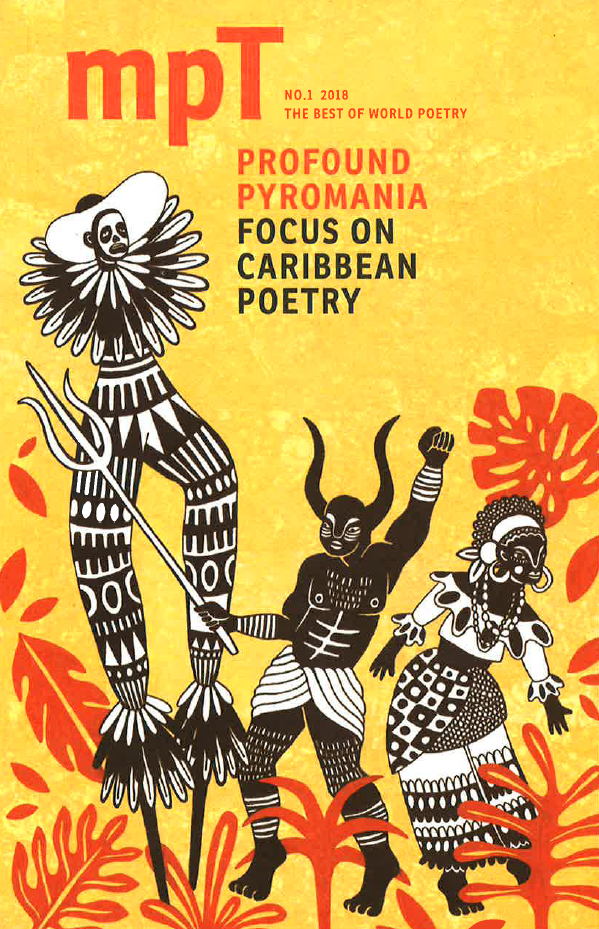 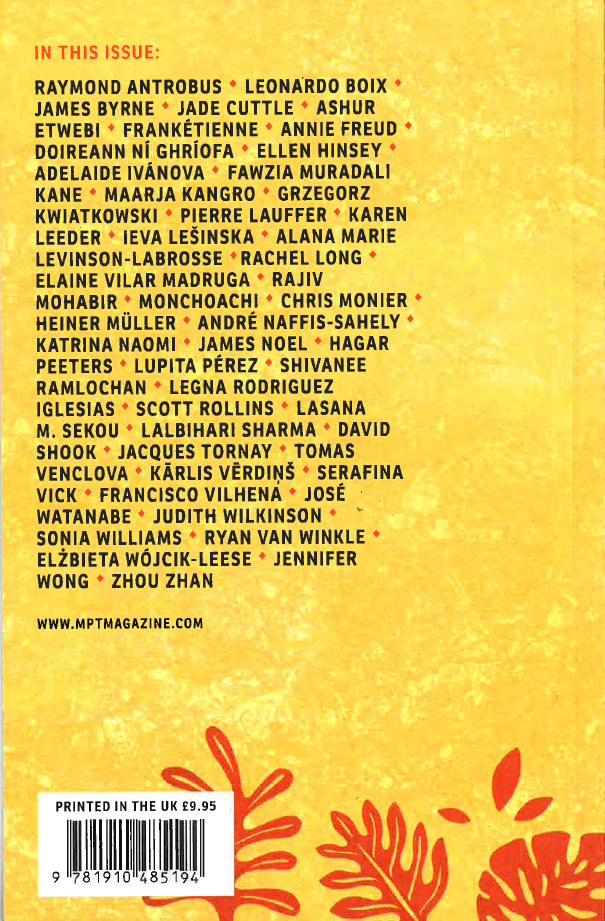 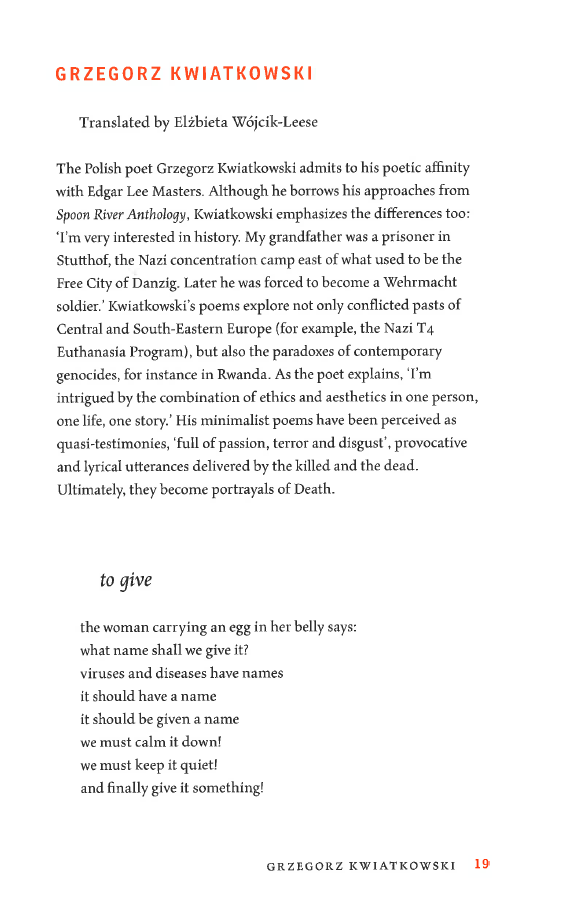 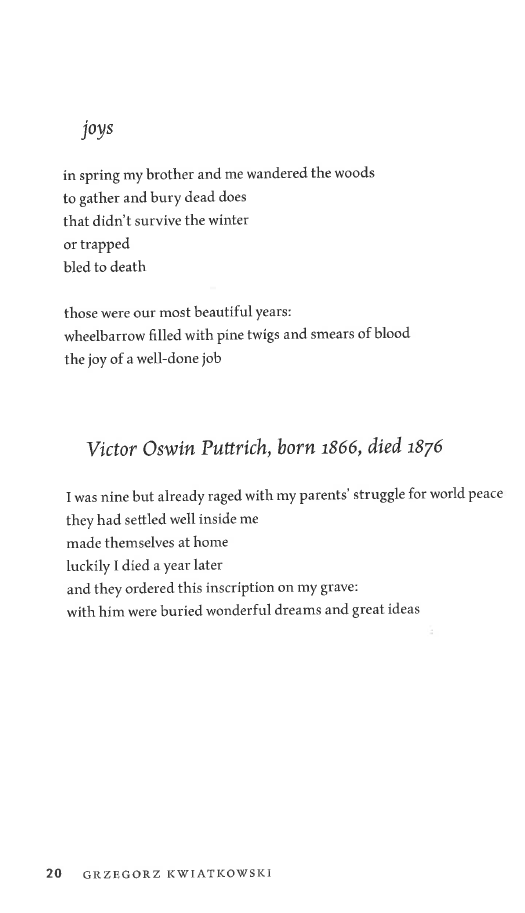 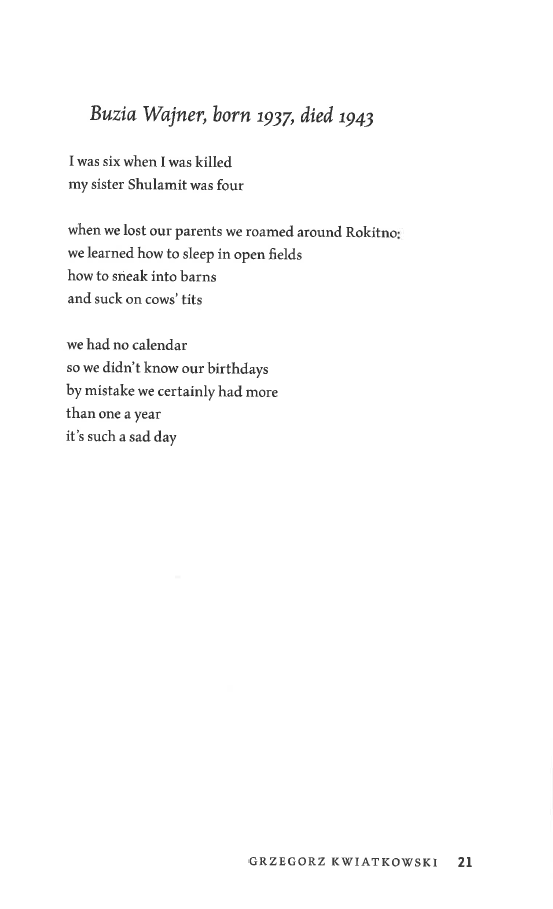 Published in publikacje and recenzje