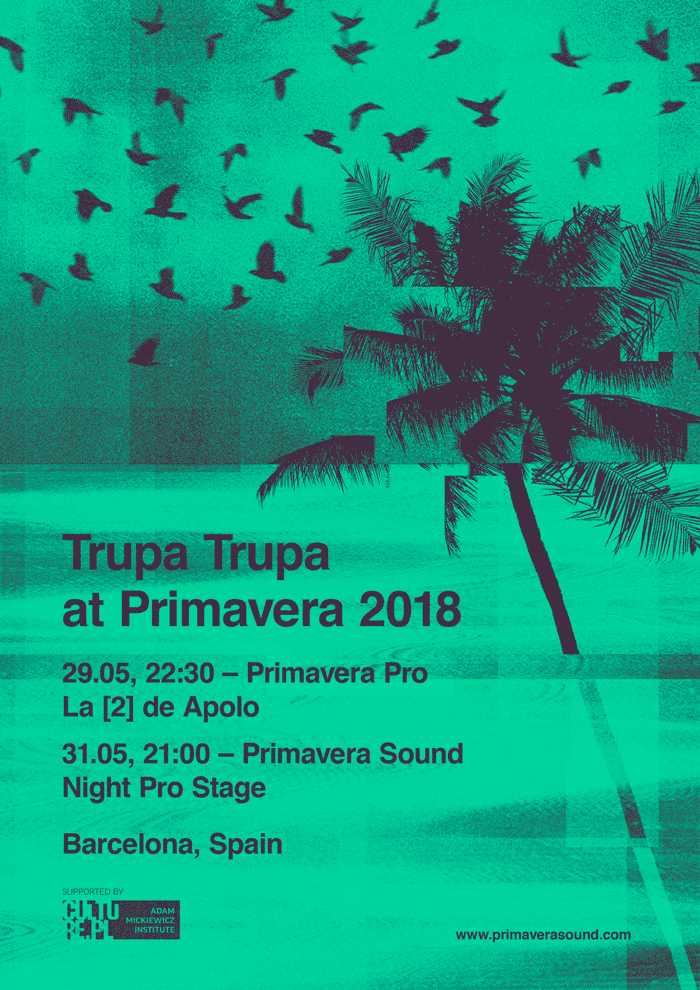 „If post-rock were an animal that dies in the depths of a dense wood, Trupa Trupa would be the ghost of that noble beast, silently observing how its mortal corpse decomposes. Is this image too bleak for your taste? Well, if we translate their name from the original Polish we would get something like “Corpse Corpse”, so the simile is not misleading. Anyway, the formation fronted by the poet Grzegorz Kwiatkowski has enough of a sense of humour to call its latest album Jolly New Songs (2017) a collection of litanies shrouded in psychedelic fog and admired by media such as The Quietus and Tiny Mix Tapes, and even by the great Chloë Sevigny.”

Published in Trupa Trupa and zapowiedzi