„The Gdansk quartet rail against rightwing hate speech – and have uncovered a dark secret about their country in the Nazi era.

Grzegorz Kwiatkowski, the singer, guitarist and co-songwriter of Polish post-punks Trupa Trupa, is thinking of home. “At first, we said that our environment had nothing to do with our music, but we were wrong,” he says of Gdańsk, the Baltic city the band hail from – and the site of the second world war’s first battle. “The city has a tragic history.”

This sense of tragedy seeps into the band’s music, which blends off-kilter melodies, dense instrumentation and lyrical explorations of the darkest side of the human condition. On their recent fifth album, Of the Sun, they tackle some of the bleak issues European’s face today, including Holocaust denial and populism.

“At the beginning of the year, a psychopath murdered our mayor, Pawel Adamowicz, and so once again, history came knocking on our door,” says Kwiatkowski. “The murderer was probably influenced by rightwing hate speech.” Kwiatkowski says the mayor’s murder changed him. “I used to see myself as an isolated citizen of Gdańsk, but I realised that I’m not. I have to fight alongside my city.” He dedicated the band’s set at US festival South By Southwest this year to Adamowicz.

Confronting the past as well as the present has always been a part of Trupa Trupa’s music. On their album Jolly New Songs is the track Never Forget, which examines the brutality unleashed in Poland by the Nazis. On it, Kwiatkowski sings: “We never forget those ghetto deaths / They sound like a midnight choir,” over bleak drones and bass rumbles. In common with many Poles, his family history from the war has affected his life.

“My grandfather was a prisoner in the Stutthof concentration camp near to Gdańsk,” says Kwiatkowksi. “When I was a kid, I used to go to the Stutthof Museum and watch him cry. It wasn’t just history but reality to me.”

This reality hit home harder when, in 2015, while researching for a film about the actor, resistance fighter and Auschwitz survivor Albin Ossowski, Kwiatkowski and a friend made a grim discovery in the forest near Stutthof. They found shoes from European concentration camps that had originally been gathered at the Stutthof camp for conversion into leather goods such as holsters. There were 500,000 of them in total. In the 1960s, communist authorities had saved some of the shoes, which are on display in the museum, and buried the rest. “We then started a battle with the museum – because for four years they didn’t want to do anything about it,” says Kwiatkowski. “They said it was trash, but for us, these were artefacts of the Holocaust.”

Most of the shoes now sit out of sight in the museum’s Monument of Struggle and Martyrdom. “These artefacts should be visible,” Kwiatkowski argues. “As we say in our song, we must never forget so that this bloody history never returns.” (Declining to be interviewed, the museum’s director, Piotr Tarnowski, said in a statement: “I refrain from commenting on the allusions that Poles and the Stutthof Museum neglect to take care of the memory of Jewish victims.”)

Trupa Trupa also tackle the twisting and erasure of history on their song Remainder. Over swirling guitars and driving beats, the band take the guise of a denier as they repeatedly sing the line: “It did not take place!”

So why is this happening again? “Part of what’s happening is because of populism and part of it is education,” says Kwiatkowski. “We still have antisemitic people, and I think that’s because we didn’t have the chance to confront this history because everything was so fucked up after communism.”

He also believes that Poland’s liberty in the wake of the Soviet era is a contributing factor. “Freedom is a really hard task and a big responsibility for everyone. Now that we are really free, we can’t handle it in some ways. It’s hard to be free and it’s hard to be responsible.”

To Kwiatkowksi’s mind, better education, debate and non-violent direct action are key. “We have to communicate with people who have different ideas. If we fail to communicate then we’re back in wartime. We should confront dark forces and if anything is going wrong we should protest.”

He says his hero is the notoriously misanthropic and pessimistic philosopher Arthur Schopenhauer. And yet Kwiatkowski does see hope in the world, albeit with caveats.

“I think that we should be conscious about the evil that is inside every one of us,” he says. “We have to really fight with our own dark sides. If we can do that, then the world really will be a bit better. We all have a Donald Trump inside of us and we have to fight with him.” 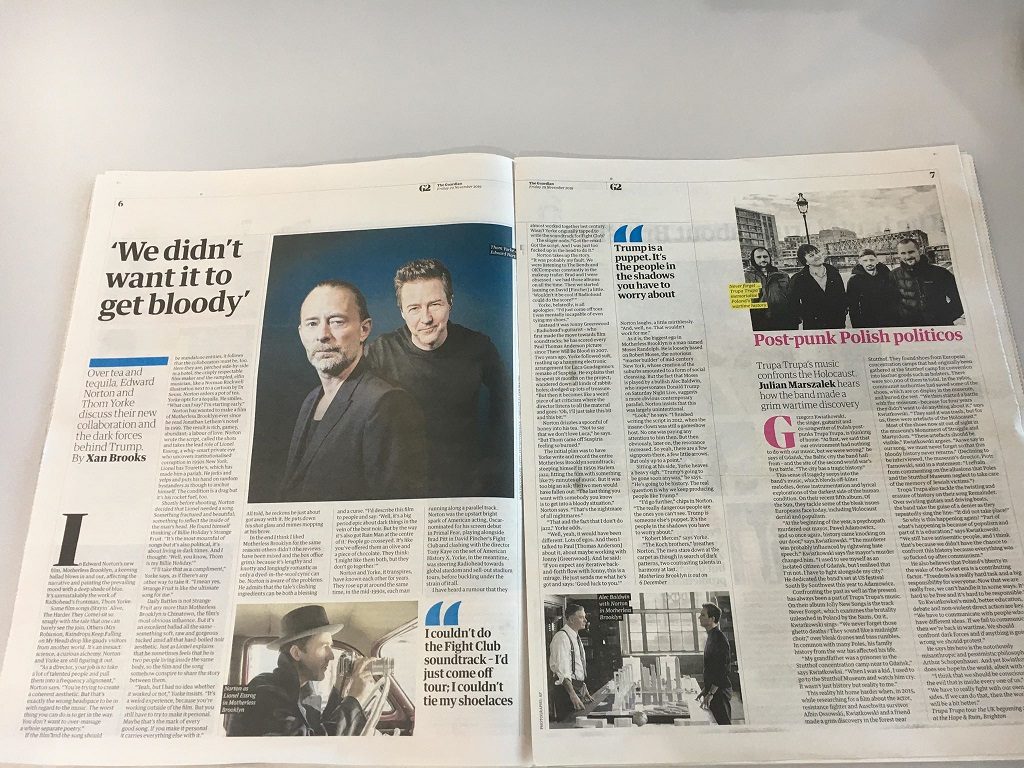 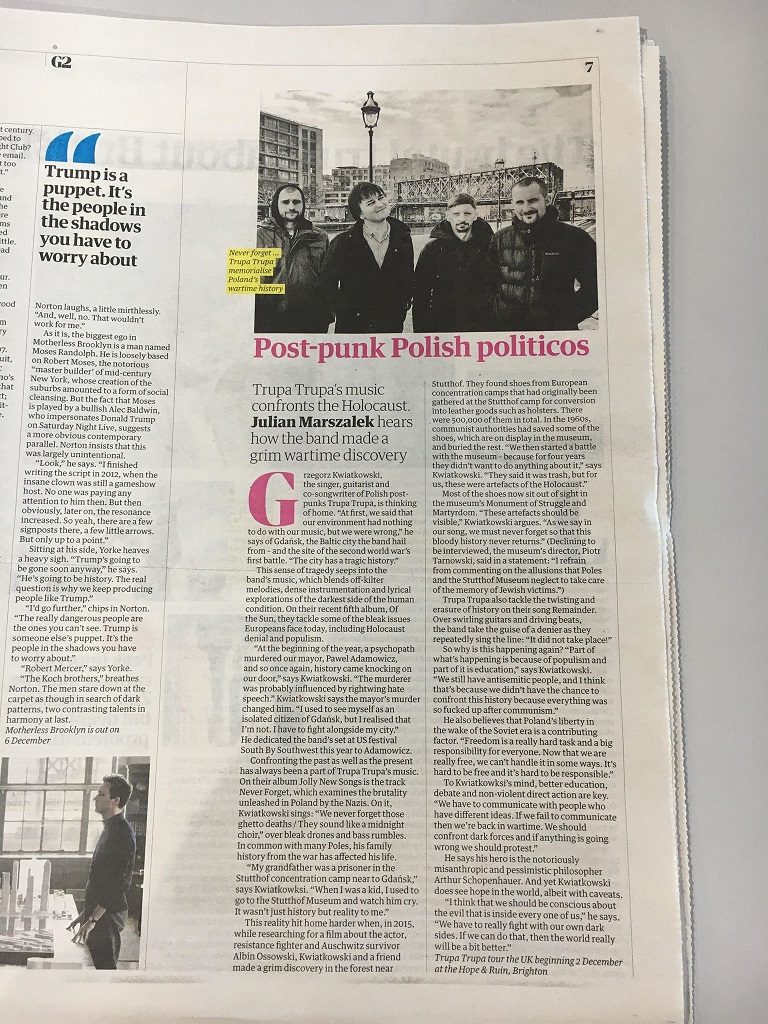