„Trupa Trupa: Gdansk, Poland’s Trupa Trupa first made an impact in America last year at South by Southwest, and the quartet returned this year to debut songs from a forthcoming album on Sub Pop. The band dedicated its performance to Gdansk Mayor Pawel Adamowicz, an ally and friend who was recently murdered. “These are new radical, dark, anti-hate-speech songs,” singer Grzegorz Kwiatkowski said by way of introduction, as good a way as any to describe the band’s stark aesthetic. The lyrics were often snippets, phrases, designed to provoke rather than soothe, hint rather resolve: “I dream about no one, no way, no one,” “I’ve got nothing to hide, I will just disappear.” The minimalist constructions prized dynamics and drone over melody and often built hypnotic force.” 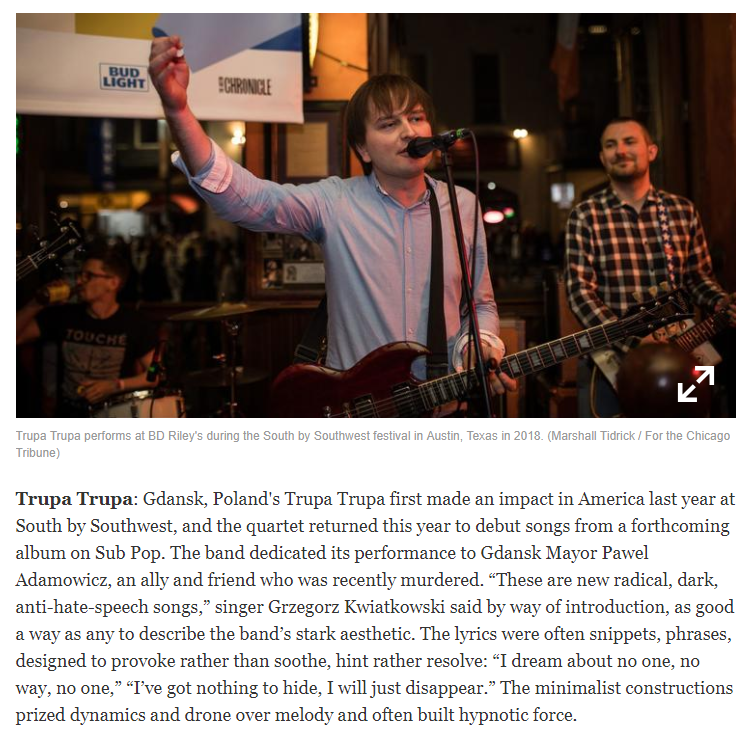